I’m With the Band 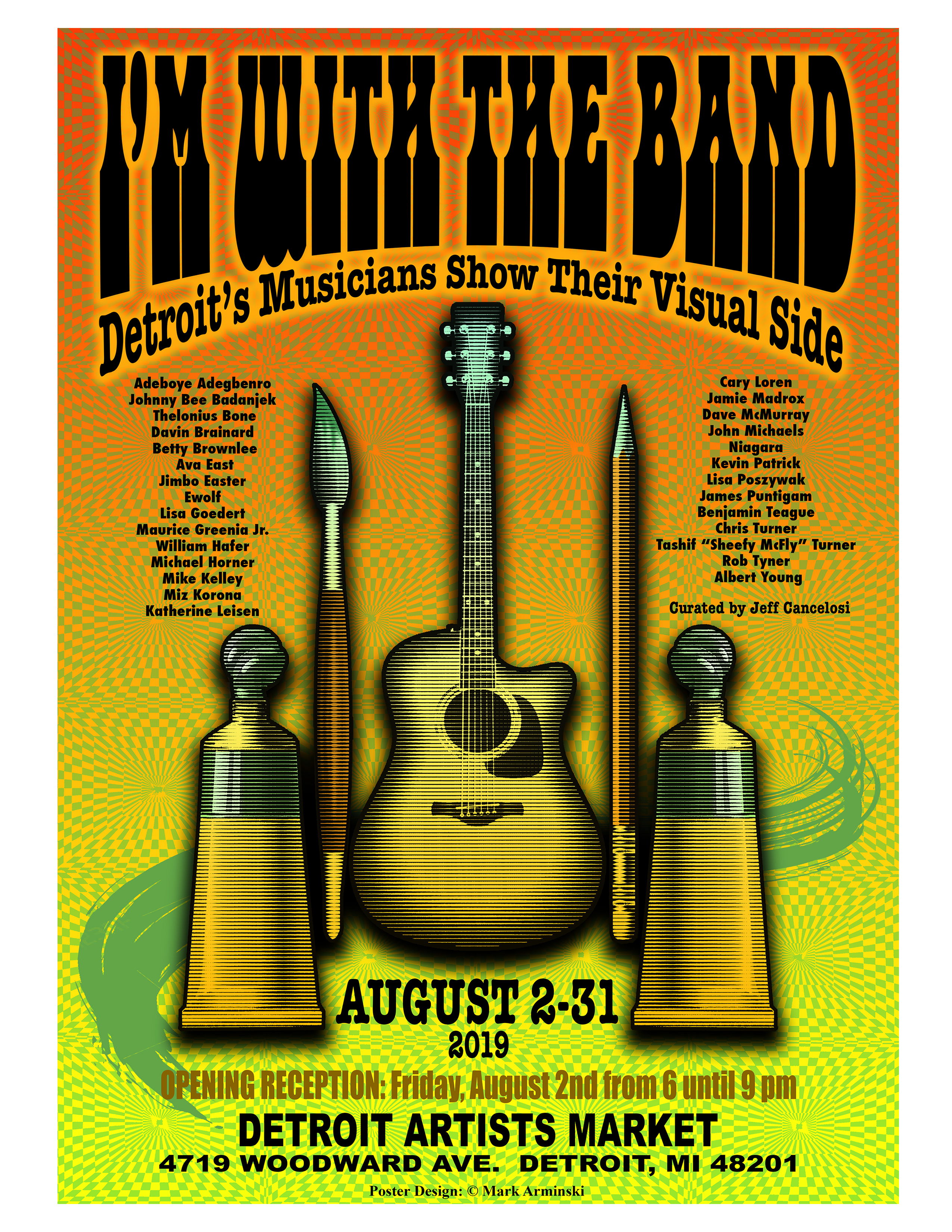 Poster Designed by Mark Arminski. Limited signed editions of the exhibition poster will be available at the opening reception for I’m With the Band.

I’m with the Band: Detroit’s Musicians Show Their Visual Side

Is there a difference between the interplay of color and shadow and the bending of a note over a percussive beat? For many in Detroit’s creative community, visual and musical art are the same. Creativity is expression, no matter what the medium. Please join the Detroit Artists Market as we explore the artwork of Detroit’s rockers, rappers and jazz musicians and how they each respond to the blank canvas.

Join award-winning journalist and former editor at Detroit’s Creem Magazine Susan Whitall as she moderates a discussion on the life of MC5 lead singer and exhibiting DAM artist Robin Tyner. Joining Ms. Whitall in the conversation will be Mary Cobra (of the Detroit Cobras), Becky Tyner and Robin Tyner Jr.

Mark Arminski: Blurring the Lines between Art and Design

In the late 1990s poster artist Mark Arminski was at the top of his game producing work for national acts like Iggy Pop, Patti Smith, Weezer, Red Hot Chili Peppers and the Smashing Pumpkins. But the posters had limitations and were only a part of his creative output. Join us as Mark discusses his current creative practice, which goes way beyond the poster.

Up-and-coming musician and visual artist Tashif “Sheefy McFly” Turner is also a walking work of art — from his clothes to his hair. Join us as Sheefy talks about his style while fellow artist Michael Horner “finger waves” Sheefy’s hair, then stay and watch Sheefy paint a new work while Chicago-based DJ/producer DeeJay Earl creates a soundtrack for the performance. Stick around to bid on Sheefy’s painting!