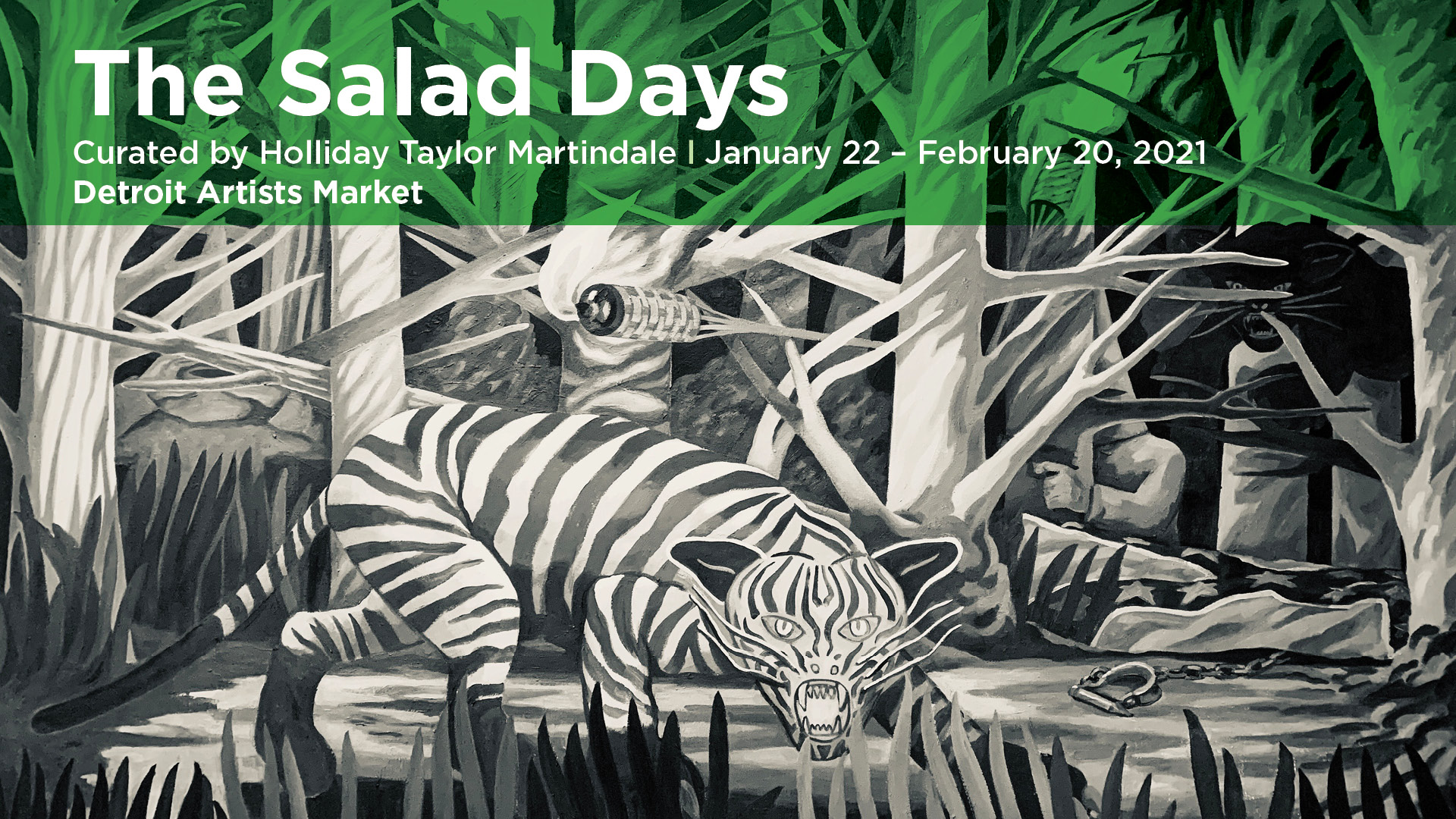 2000 through 2012 brought a renaissance of self-made artist run spaces in Detroit. Rent was low, space was unlimited, and artists cooperated to bring engaging shows. Coming off a prosperous decade and a world being reshaped by the internet, this was a new beginning… an awakening… an inclusive paradigm shift. Salad Days explores the subculture and work of artists who were working in Detroit in the aughts (2000s), and also features current work reflecting that time period.